Honor Slaves For Surviving the Confederacy 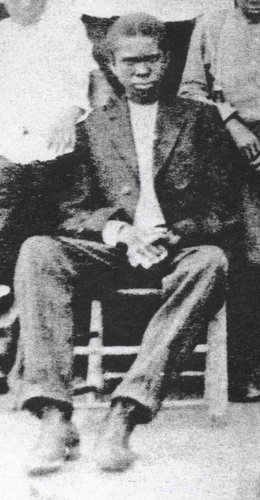 I am not surprised that public officials in Union County, North Carolina have finally authorized the inclusion of a marker/monument on courthouse grounds to honor its local slave population.  [I’ve followed this story for quite some time.]  Given everything I know about the folks involved in this project I am not optimistic that the final wording of the marker will do justice to what we know about the history of free and enslaved blacks and the Confederacy.  The history will be distorted.

This is unfortunate since slaves like Aaron Perry and Weary Clyburn deserve to be remembered.  The final wording of the marker will likely reference their service in the Confederate army and their having been awarded pensions late in life.  This interpretation will satisfy the self-serving agenda of the Sons of Confederate Veterans, who are committed to remembering the Confederacy as some kind of experiment in civil rights.   It will also satisfy the descendants of these men, who wish to see their ancestors remembered.

These men deserve to be remembered, but not for living a life that falls outside of the historical record.  They deserve to be remembered because they survived slavery.  We can only imagine what hardships and humiliations these men suffered as chattel.  How many experienced the lash or the pain of separation from loved ones?  How many suffered from the intense desire to be free?

On top of all of this these men were forced to endure the hardships of a war that, if concluded in favor of their owners, would have ensured their continued enslavement.  Tens of thousands of slaves were impressed by the Confederate government as laborers, while thousands more accompanied their owners to serve their individual needs.  The presence of slaves in the army did not mark a change in their legal status.  They were not brought to war to place them any closer to freedom.  Quite the opposite.  Now, in addition to the hardships experienced at home these men were forced to negotiate a new set of challenges and dangers.  Violence was anything but foreign to the nation’s slave population by 1861.  Separation from families was anything but new for these men.

And yet these men survived.  They even went on and managed to eke out an existence during very difficult times that perhaps filled them with pride in knowing that their lives were finally their own.

Yes, we should honor these men.  Honor them not for serving the Confederacy, but surviving it.