You Are Not a Real Historian 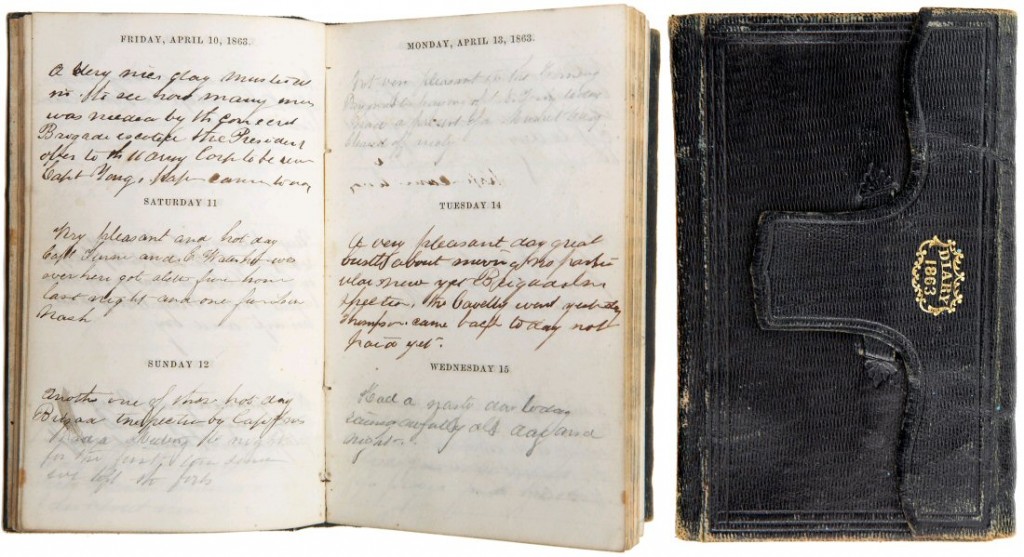 Today we have a guest post from my good friend, Garry Adelman. This is a topic that comes up practically every time we run into one another and one that Garry promised to write up as a guest post. Later this week I will spend some time with Garry on the Gettysburg battlefield, where I will show him the location of the “Harvest of Death” photograph. He is going to be very surprised.

For the second time, I find myself on my friend Kevin Levin’s blog but this time to deliver some bad news to his historian readers: You are not a real historian. Do you want to know why? Because you don’t keep a diary or a journal.

This is your duty.  Create that thing that historians crave—real, firsthand accounts.  What if people in antebellum or Civil War America decided that newspaper accounts and other forms of public media were a sufficient representation of the past? Where would we be then?

Are we not better off for having the personal accounts of Mary Chestnut, Charles Wainwright and Robert Knox Sneden?  Do any of you put more stock in what people said in public 30 years after an event than in a personal account written within one day of when it happened?  Would anyone reading this blog assume that people had a better idea in 1900 about the reasons for secession than they did when the states seceded four decades earlier? OK, you get the point.

Even Kevin Levin who runs this blog does not keep a diary.  What? His blog is about memory.  He does have this blog and he has ensured that his blog will be archived. Bravo, but any medium meant for public consumption is inherently not as forthright, not as personal, and not as honest as something that is meant for yourself. If you are true to the process, a diary must be among frankest of all media.

I fear that some of you are forming excuses for your disregard of duty:

We as a group should know better.  We who so often wish that people would have written things down–that they had told us, intentionally or unintentionally, what things were like long ago.

You needn’t be a full-on lifelogger—a person who in one manner or another records the better part of every waking hour. Just start speaking into your voice memo app on your phone. Write a few lines about what’s going on in a spiral bound notebook. Buy a voice recorder and speak into it for a few minutes each week.  And then protect it. Then, read or listen to what you documented a year later. Increase your connection to history by understanding the importance of the present.

Become a real historian and not only will you find instructive, therapeutic and meaningful, but I suggest that it will inherently make you better at what you do.

Garry Adelman is the author, co-author or editor of more than thirty Civil War books and articles. His most recent title is Gettysburg in 3-D, which was published this past April. He is the vice president of the Center for Civil War Photography and a Licensed Battlefield Guide at Gettysburg He works full time as Director of History and Education at the Civil War Trust. (And, yes, he has been keeping a journal for 26 years. If his house was on fire and all the living things were out, his journals are the first thing he’d grab.

Next post: Gettysburg 150: A Great Way To Meet New Friends