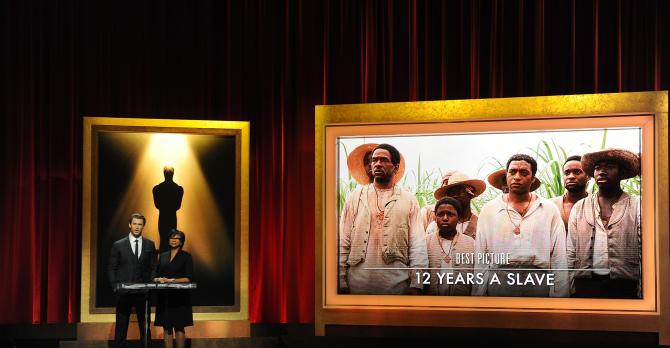 The movie has been in limited release up til now, but I suspect that with Golden Globe Award for Best Drama and nine Oscar Nominations that this is going to change very soon. This is wonderful news for what is clearly the most important Hollywood movie about slavery to appear in decades. A number of my students have seen the film and they all come back wanting to talk about it. Even given the nature of the violence depicted in this film, I have no doubt that 12 Years a Slave will eventually be used in classrooms across the country. It already is through the textbooks, documents, and other primary sources that history teachers utilize

On a related note, I highly recommend checking out NPR’s ongoing series of conversations from their Race Card Project. I’ve caught most of them on my way to work in the morning. Yesterday I used this discussion at the beginning of my Civil War Memory class on the subject of antebellum slavery.