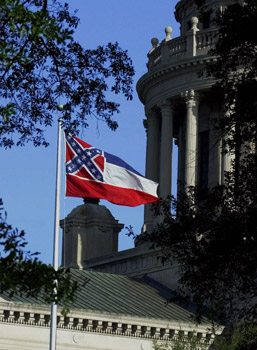 Last night I returned from an incredible 5-day trip through the civil rights South with a wonderful group of students. Among other things, we sat together in the Ebeneezer Baptist Church, walked across the Edmund Pettus Bridge, visited Sun Records and got a sneak peak at the new exhibit at the American Civil Rights Museum in Memphis, which opens to the public next month. We met with civil rights activists such as lawyer Fred Gray, Selma marcher, Joann Bland, and Freedom Rider Charles Person.

Our trip focused not just on history, but on current racial inequities throughout our country. While visiting with lawyers at the Equal Justice Initiative in Montgomery we discussed the prosecution of minors as adults and the fact that many of these kids are African American. While in Jackson, Mississippi we met with the district attorney of Hinds County, where we discussed the incarceration of children as minors from the perspective of a prosecuting attorney. We met in a courtroom. Once again, our discussion returned to racial inequities in the system.

The students asked some incredibly thoughtful questions, but all I could do was stare at the judge’s bench with “Justice” engraved on the front and the Mississippi state flag with its Saint Andrew’s Cross. The day before I led students in a discussion about the Confederate soldiers’ monument next to the Alabama State House with no problem at all. I’ve seen the flag in all kinds of settings, but I’ve tended to respond to specific controversies on an intellectual level. Sitting in that courtroom on Wednesday, however, left me feeling enraged. Having met and talked with so many American heroes, who sacrificed so much to improve this nation and then to see that reminder of hatred was simply too much. How can anyone believe that justice is being served in a courtroom that includes that symbol given its history? It has no place in a court of law.

There, I said it.

Next post: “Make Sure You Tell Them We’re Not All Racists Down Here”