A Fitting Conclusion to the Silas Chandler Story 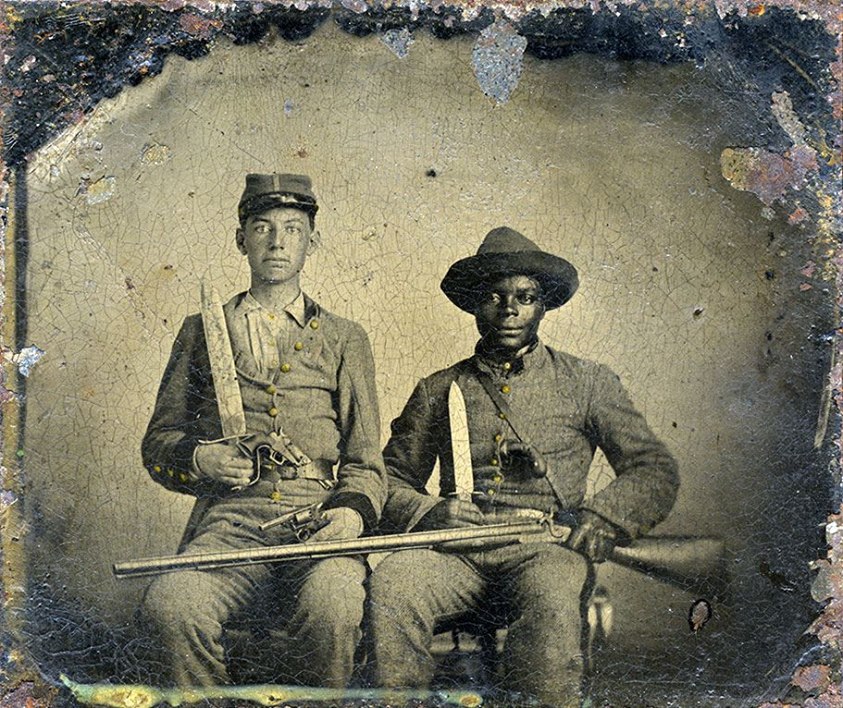 As many of you know, over the past few years I’ve maintained a sharp interest in the story of Silas Chandler. The famous image of Silas seated next to his owner, Andrew Chandler, remains one of the most iconic images of our Civil War. Around it revolved a divisive and often confused debate about race relations in the Confederacy and the existence of black Confederate soldiers. The original tintype remained in the hands of Andrew Chandler Battaile Jr., a descendant of Andrew’s. While there is no doubt that Mr. Battaile cared deeply about preserving the original artifact there can also be no doubt that he did not fully understand the story represented in the image. Yesterday he donated the tintype to the Library of Congress.

The narrative of a loyal slave (if not Confederate soldier) was embraced by Mr. Battaile’s family and encouraged by Confederate heritage groups like the SCV and others. Thankfully, that story has been displaced by a more complex narrative, that while still contains many unknowns, at least has moved beyond the distortions of the past. You can watch the episode of History Detectives devoted to the story in addition to Ron Coddington’s essay at the Disunion blog as well as the essay that I co-wrote with Myra Chandler Sampson for Civil War Times magazine.

Thanks to Mr. Battaile for helping to ensure that the history and memory of Silas and Andrew Chandler will be properly preserved and interpreted for future generations.