Weary Clyburn Didn’t Serve the Confederacy, He Survived It 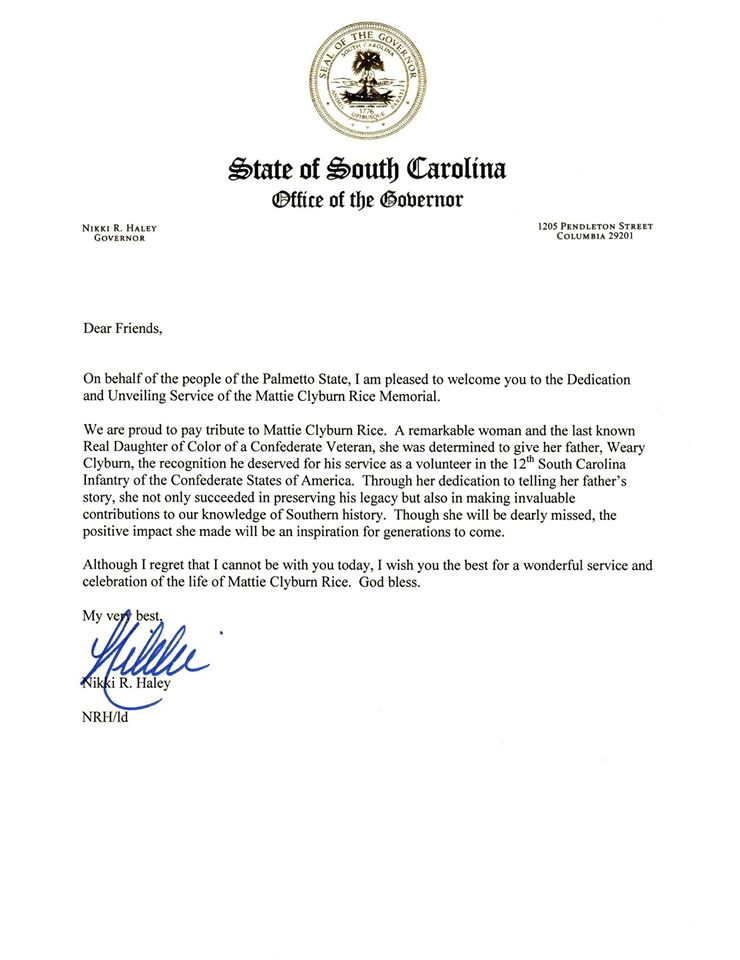 It’s been a week of posts about Weary Clyburn and I suspect many of you would prefer that I move on to something else. Many of the usual suspects in the Southern heritage community believe that I am attacking the memory and good name of Ms. Mattie Rice. One person in particular compared my posts this week to the actions of the Westboro Baptist Church, which was initially confusing to me since I thought the individual in question was a member. I’ve always found topics like this, where there is a conflict between history and memory, to be ideal grist for this blog mill.

As I understand it, the problem for my detractors is that I don’t accept the narrative advanced by Ms. Rice, which essentially frames the story of her father as that of a slave who fought as a solider in the Confederate ranks. It’s true. Given my understanding of the history of slavery and the Confederacy and access to the relevant archival documents, it is my contention that this narrative is false. There is no wartime evidence that Weary Clyburn served as a soldier in the 12th South Carolina Infantry and postwar documents related to his pension clearly state that he was not a Confederate soldier. It is irrelevant whether Ms. Rice believed such a story. My responsibility as a historian does not begin and end with what any one individual happens to believe about the past.

Both black and white members of the Chandler family have long believed that their ancestor, Silas Chander, served as a soldier in a Mississippi regiment, but we now know that even though he is photographed armed and in uniform that he was a slave. It is irrelevant what any one individual believes. What matters is what you can prove given the available evidence and how it is interpreted. Even as my inbox filled up with hate mail throughout the week not one person was able to offer an actual argument to counter anything that I have written about Weary Clyburn over the years.

My problem has never been with Ms. Rice, but with the Sons of Confederate Veterans, United Daughters of the Confederacy and others who have co-opted this story to support their own warped view of the Civil War, the Confederacy, and the relationship between Southern whites and blacks throughout this period. Right behind them are the countless media outlets, from local news channels in North Carolina to NPR, who have done a poor job of reporting this and other stories involving former slaves and the Confederacy.

Now add to the Weary Clyburn distortion machine South Carolina Governor Nikki Haley, who issued an official statement acknowledging that Clyburn served as a soldier. That’s right, a sitting governor from one of the oldest slave states in the South acknowledging that a slave volunteered to serve as a Confederate soldier. In one sentence the entire institution of slavery is reduced to a voluntary relationship between owner and property.  This is an insult to the memory of all slaves that were forced to contribute to a war effort that, if successful, would have extended their lives as the property of others.

The sad fact in all of this is not simply that our memory of Weary Clyburn’s has been distorted, along with the history of slavery, but that Ms. Rice didn’t run into better people earlier on to help her sift through her personal memories of her father and the broader history.