“Point of Honor” Buries the Lost Cause For Good 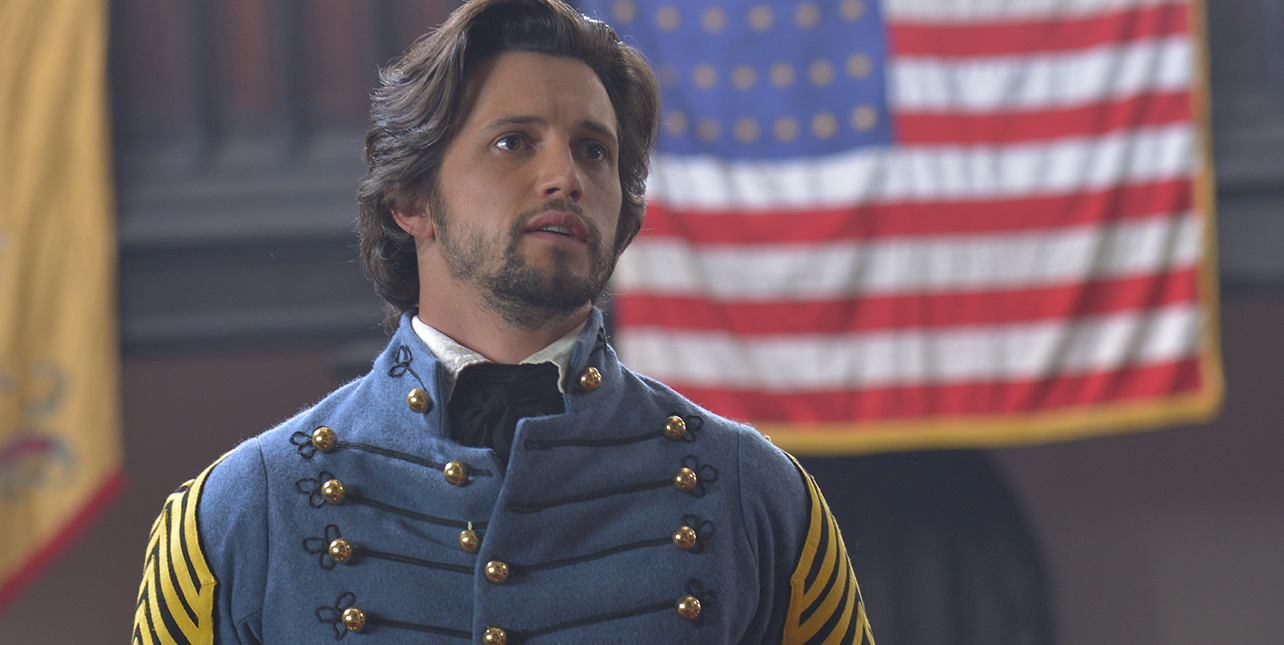 The producers of Amazon’s new series, “Point of Honor,” set out to appeal to mainstream viewers who for whatever reason prefer their dramas to be set in the past. The history itself is almost incidental. “Point of Honor” plays with the time tested popular meme of the family caught in the middle of an unfolding national tragedy. Imagine the cast of “Dynasty” in 1861. At the center of this national tragedy is the Rhodes family of Lynchburg, Virginia. There is young John Rhodes, who is off at West Point, along with his sisters, Estella and Kate. The third sister, Lorelei, is married to the dashing Robert Sumner, who is also at West Point and from the North. Finally, we have the patriarch of the family Ralston Rhodes. It doesn’t take a rocket scientist to predict where this is going.

The central focus of this pilot episode is to get the Rhodes family right on the issue of slavery. In an early scene set in the West Point chapel John Rhodes addresses his fellow cadets after hearing of the firing on Fort Sumter. The young cadet denounces the institution of slavery and pledges to free his family’s slaves, but commits to fighting for Virginia and the Confederacy. With that he walks out, along with his fellow cadets from the Deep South – apparently unaware that their states seceded months earlier. A few moments later Robert Sumner confronts his brother-in-law demanding to know how he can denounce slavery, but still fight for the Confederacy: “Read the Confederate Constitution. This war is all about slavery.”  John fires back that, “They write in ink. We write in blood.” And with that John establishes his good character by committing himself to remain untouched by the evils of slavery. Before departing John reminds Robert that through his marriage to Lorelia he will always be welcome unless that arrival is accompanied by invading Yankees. In that case Robert will be dealt with as such.

The producers of this show know that in order for their audience to empathize with the Rhodes family they must first establish sufficient distance between the family and the Confederacy. It is tempting to see this as an attempt to preserve the Lost Cause interpretation of the war, but, in fact, it constitutes its abandonment. “Point of Honor” makes no attempt to sugar coat the institution of slavery nor does it attempt to portray the family’s slaves as loyal – both of which are crucial elements of the Lost Cause narrative.

This, however, is not just an anti-Lost Cause film. The show also unintentionally establishes itself as an ant-Confederate film by intentionally referencing slavery in its constitution. At no point in the pilot episode does John or anyone else in the family closely identify with the Confederacy.

What is truly bizarre is the show’s commitment to distancing the family from slavery. “Point of Honor” reinforces this theme by depicting fellow white Southerners in Lynchburg as pro-slavery. After arriving home and convincing his sisters that emancipation is the morally correct thing to do, John gathers the slaves and in dramatic form announces that they are free. The slaves burst into “Amazing Grace” while the Rhodes family looks on with pride and invites the slaves to stay on their land and work for wages. Not everyone in town is pleased with the family’s decision. At one point a mob of poor whites, led by the mayor of Lynchburg demands to know if it is true that the Rhodes slaves have been freed. The home is defended by the three gun-wheeling sisters until John rides up in full Confederate uniform. The family is beset by threats from outside of the state and even from within their own community.

There are many unanswered questions that complicate the story further. Why does John Rhodes wait until a war to free the family’s slaves and what were the circumstances that led to the decision to give the eldest son this responsibility?

There is one final element that will likely go far in future episodes to maintaining the moral high ground for the Rhodes family and that is the portrayal of the Union army. At West Point the cadets are commanded by a Colonel Palmer Kane, who from the beginning is portrayed as a loyal soldier with strong feelings for the Union, but also harbors a sadistic streak. In a conversation with Robert Sumner concerning the kind of war that ought to be fought Kane waxes poetic on the amount of- and nature of the destruction that ought to be brought to bear on the South, not simply as a necessary war policy, but as revenge for disunion. By the end of the episode somehow Col. Kane and Sumner end up positioned poised to strike the family farm outside of Lynchburg. In the final action scene the Rhodes brothers, along with their father end up skirmishing with Kane’s men. At one point the colonel shoots a Union soldier at point blank range for running away from the fighting. By the end of the skirmish John’s father also falls fatally wounded from his horse.

With that the show establishes just what it at stake. At the end of the skirmish scene John confronts Robert from a distance and just misses getting a shot off. Virginia has been invaded by evil Yankees, a family has lost one of its own, and a marriage is in jeopardy. The only thing left to do is defend a “Point of Honor.”

Watch the pilot episode for free.