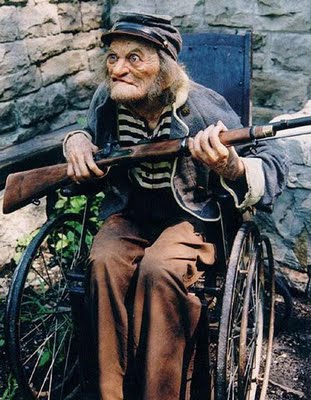 This morning I decided to join a new Facebook group devoted to black Confederate soldiers. Once approved I responded to two posts. The first, not surprisingly, was a re-posting of the Atlanta Black Star piece that I commented on earlier this week. I simply noted that the accompanying image was that of Union soldiers and not Confederate. The second was a response to a post claiming that Silas Chandler served as a Confederate soldier.

In addition, I noticed that one of the group’s administrators grew up in the Boston neighborhood in which I currently reside. I fired off a quick message. Within two hours I was banned from the group and a few minutes ago I received the following message from the administrator.

Re: you living in my old neighborhood. Yes, I grew up in ——-. Though I had a public school education, I was fortunate enough to live in a time before “political correctness” took over. My first grade teacher, Miss ——-, taught the righteousness of the OVERALL Southern Cause & that 95% of the men who fought for the Confederacy did so to fight against Federal Government Tyranny over their lives, heavy tariffs & for States Rights & NOT for keeping slavery because they didn’t own any. But many Unionist States, their political & military leaders did still own slaves which was why Lincoln only freed the slaves in “…those states which are in rebellion…” meaning the Southern States of the Confederacy. States which had formed their own separate nation that he (Lincoln) had no control over.

The Emancipation Proclamation (EP) had no force of Law behind it & if it did, many of his own generals, like Grant, would have refused to obey such an order. Grant even said so. Grant’s wife (in Ohio) owned 2 slaves. The EP was a military tactic only; intended to embolden slaves in the South to RISE UP in “savage rebellion” against their Masters & with all the men gone, force those men to abandon their posts & return home by the tens of thousands to defend their families from the ravages of the slave rebellion. The anticipated rebellion never occurred as the slaves were not being brutalized by their master as was charged by the abolitionists. But rather were treated like family. It’s too bad that you & millions more like you, yes even in the South have not been taught to be “free thinkers” & have bought into the propaganda of Academia & the mainstream news media that the war was fought to free the slaves who were being brutalized by their harsh southern task masters. My mother taught me to be a free thinker – God rest her soul. My teachers in the Boston public schools of the 1950’s thru early 1970’s especially during the Centennial celebrations of the War for Southern Independence taught us about the War Criminal Sherman & his War on Southern civilians during his March to the Sea through Mississippi, Alabama & Georgia while the gentleman General Robert E. Lee alternatively issued orders that NO military actions by his troops EVER be taken that would desolate Northern civilians or their properties during his several military excursions into Union states.

Your negative views on the Confederacy have earned your exclusion from the “Black Confederates” group. It’s too bad that you have allowed yourself to succumb to politically correct thinking prevalent in society today, rather than be that “Free Thinker” that Boston historically was so famous for prior to the current modern “Age of Enlightenment & Permissiveness”. We may be from the same area of the country, but we are NOT alike in any way.

I am sharing this message for a few reasons. First, I have to admit to being surprised by what some Boston students were taught about the Civil War not too long ago. More importantly, this response confirms that this debate really has little to do with whether black men fought as soldiers in the Confederate army. I completely understand why they banned me from this page.