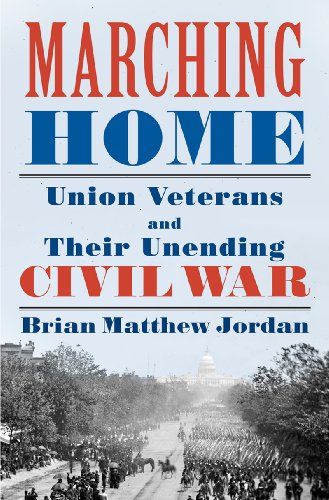 By now many of you have heard that T.J. Stiles’s biography of George A. Custer won this year’s Pulitzer Prize. This was his second. I reviewed the book for The Daily Beast and thoroughly enjoyed it. This is Stiles’s second Pulitzer.

As much of an achievement as that is, I am even more excited for Brian Matthew Jordan, who was named a finalist for his book, Marching Home: Union Veterans and Their Unending Civil War. It is beautifully written and thought provoking. Last semester I taught it in my research seminar at the American Antiquarian Society and students thoroughly enjoyed it. I suspect that this is going to open many doors for Brian and I look forward to congratulating him in person in Gettysburg this summer.

Sean M. Kelley, The Voyage of the Slave Ship Hare: A Journey into Captivity from Sierra Leone to South Carolina (University of North Carolina Press, 2016).

Austin Reed, The Life and the Adventures of a Haunted Convict (Random House, 2016).

Andres Resendez, The Other Slavery: The Uncovered Story of Indian Enslavement in America (Houghton Mifflin, 2016).