Roots, Fort Pillow, and the Legacy of Racial Violence 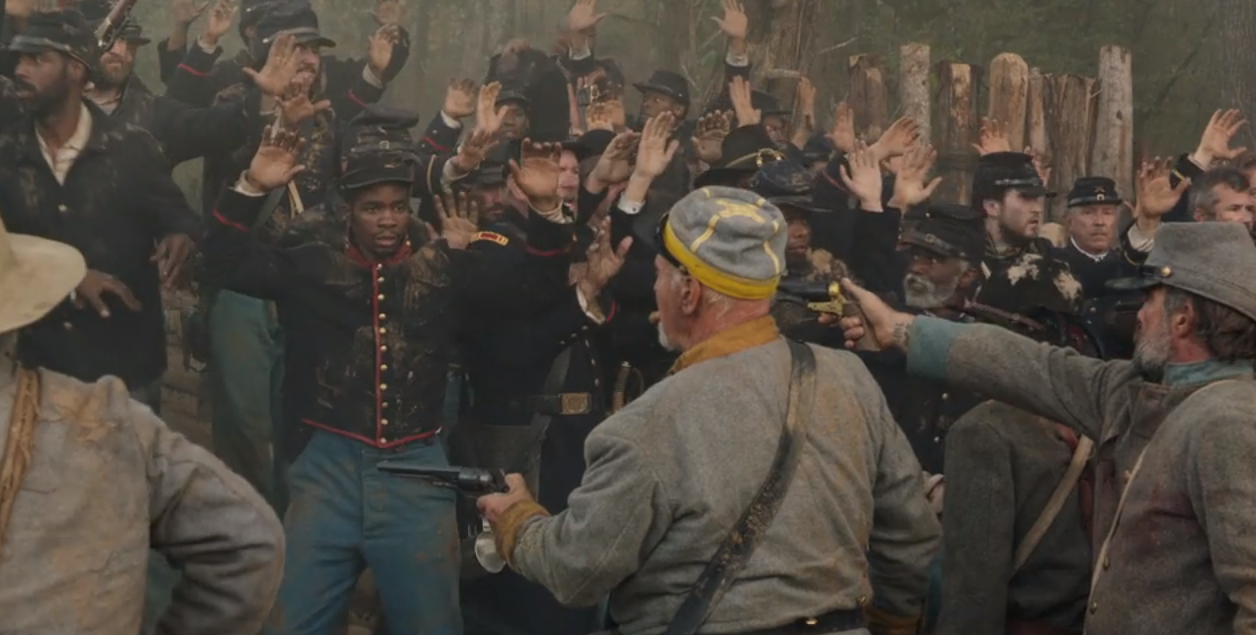 I thoroughly enjoyed the re-make of Roots. Rather than comment on the entire series, which plenty of others have already done, I want to say a quick word about the inclusion of the massacre of black soldiers at Fort Pillow, Tennessee in the final episode. The original series did not include this scene nor as far as I can recall did it include any reference to the massacre of black soldiers during the war.

For the purposes of this post I am not going to quibble with whether the scene accurately captured the battle or the massacre specifically. Those of you looking for a solid history should read Brian S. Wills’s recent book, The River Was Dyed with Blood: Nathan Bedford Forrest and Fort Pillow. What matters is that it occurred and that it was included. For many viewers it will likely be their first exposure to this aspect of the war. The scene plays a crucial role in the series and it is essential to understanding the antebellum roots of wartime violence and its anticipation of extra-legal and state-sanctioned violence throughout the postwar period.

As I argue in my book about the massacre of black soldiers at the Crater in Petersburg, Virginia, the massacre of black soldiers did not happen in a vacuum. White soldiers (slave and non-slaveowners alike) understood their actions as putting down a slave rebellion. Their written testimony makes clear that they did not view black men as legitimate soldiers. Their response on the battlefield manifested long-standing fears of slave rebellions and the threat to a society built on white supremacy. The massacres at Fort Pillow, the Crater and elsewhere helped to unite white southerners fighting for the Confederacy and clarified exactly what was at stake if defeated.

The writers and producers of Roots made the right decision to include this scene to help drive home the point that the war unleashed the kind of racial violence that had always been a staple of the Slaveholding South. The violence witnessed by Chicken George at Fort Pillow was the same violence experienced by Kunta Kente.

Just as important is the final scene, when Tom, Chicken George, and the rest of the family confront Frederick Murray one final time. George is still wearing his uniform as does Frederick, who dons his Confederate uniform. In response to the family’s decision to leave the plantation a disgruntled Frederick says the following:

Do you think anything has changed cause the war is over? …We will redeem this country and put you people back where you belong. Its natural law.

The shooting that follows anticipates the violence of Reconstruction, Jim Crow and beyond. But the decision to depict Frederick in his Confederate uniform has implications for our own debate over the public display of the Confederate flag and monuments to Confederate leaders.

It has been close to a year since Dylann Roof attempted to “redeem this country” in the name of those who once fought around that battle flag and for a nation pledged to protect white supremacy. Make no mistake, regardless of your position on the public display of Confederate iconography, the words of Frederick Murray and the actions of Dylann Roof clarify just what is at stake for all of us.