Here is some incredible footage of a Confederate veterans reunion in Jacksonville, Florida in May 1914. Like most other reunions it included former camp servants or camp slaves. They were often featured in newspaper coverage, but even those wearing their old uniforms were always distinguished from the white veteran soldiers. 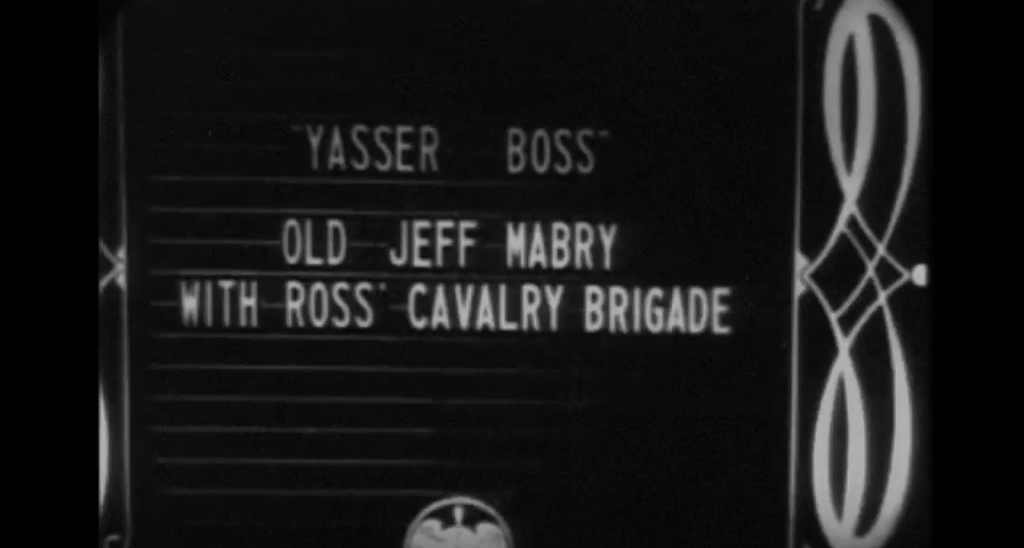 At the 1:40 mark in the film a former slave by the name of Jeff Mabry is briefly introduced. Notice the introductory text: “‘Yasser Boss’ – Old Jeff Mabry with Ross Cavalry Brigade.” It doesn’t appear that Mabry is wearing a uniform, but he is donning at least one reunion ribbon, which could indicate that this was not his first.

What is important is that the text does not refer to Mabry in any way as a veteran as it does when appropriate throughout the remainder of the film. Enjoy.