Blame the Federal Government For Reconstruction 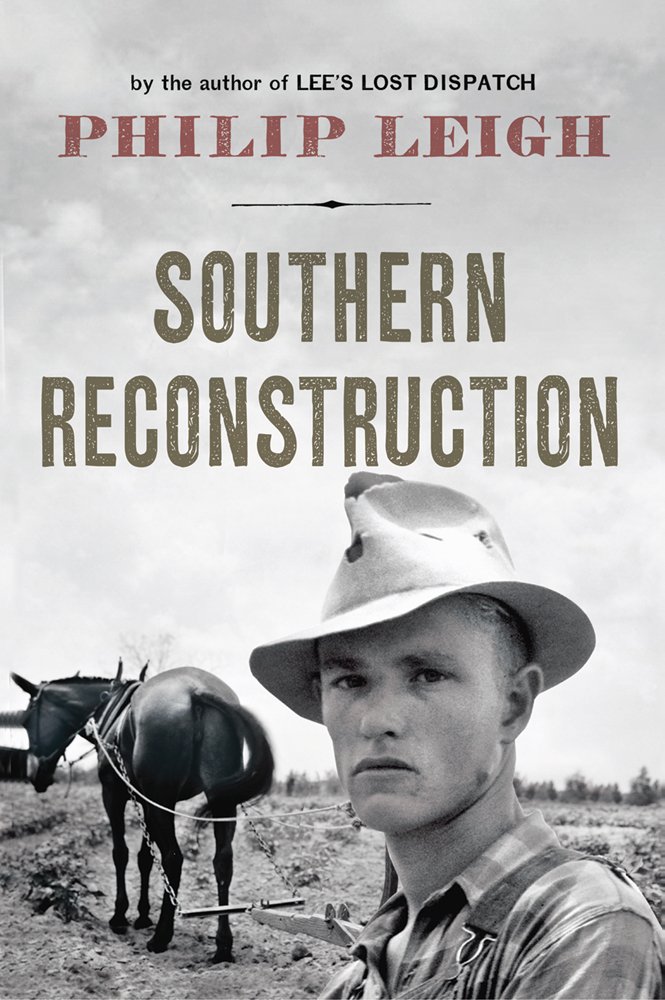 This past week The Washington Post added its name to a growing list of individuals and institutions who would like to see President Obama designate a federal monument to Reconstruction. Most believe that it should be located in Beaufort, South Carolina. The area in and around Beaufort is an ideal setting in which to teach this neglected and misunderstood period of American history following the Civil War.

Most people who learn about Reconstruction, however, will do so by reading a book. There are a number of very good books available by Eric Foner, Mark Summers, Douglas Egerton, Charles Lane, and Philip Dray, to name just a few. .

Philip Leigh would like to add his name to the list. Consider Leigh’s forthcoming book, Southern Reconstruction, which will be released this spring by Westholme Publishing. Here is the jacket description:

The Reconstruction Era the years immediately following the Civil War when Congress directed the reintegration of the former Confederate states into the Union remains, as Eric Foner suggested, America’s unfinished revolution. But Reconstruction is more than a story of racial injustice; it has left a complex legacy involving both whites and blacks, Southerners and Northerners, that is reflected today by the fact that the overwhelming number of states with the highest rates of poverty were part of the former Confederacy. In Southern Reconstruction, Philip Leigh examines the legislation enacted during and immediately after the Civil War, and the administrations of presidents Andrew Johnson and Ulysses S. Grant, to broaden our understanding of Reconstruction. With the exception of the Emancipation Proclamation, most histories of Reconstruction fail to explain adequately how other Civil War polices affected the South after the Civil War. Among them were the Confiscation Acts (1861), Morrill Tariff (1861), Pacific Railroad Acts (1862 1866), Homestead Act (1862), Legal Tender Act (1862), National Banking Acts (1863, 1864), and Veterans Pensions Acts (1862 1865). These laws transformed America s banking system, built a railroad web, and inflated government spending with vote-getting pensions for veterans a sum that reached a staggering 40 percent of the federal budget in 1893. Civil War era legislation also created a dubious alliance between banks and government, sparked corruption, trapped Southern farmers both black and white in endless annual peonage cycles, and failed to provide lands for freedmen. While Reconstruction was intended to return the South to the Union, it could not be effective with the crippling wartime legislation and ensuing federal policies that disfranchised many whites, fostered racial animosity, abetted Southern poverty, and lined the pockets of wealthy or politically well-connected business leaders.

What do you make of this?

Leigh’s author description on his Amazon page includes references to his previous books published by Westholme and that he is a former contributor to the New York Times Disunion column, which ran during the sesquicentennial. What it does not include is that Leigh also writes for the Abbeville Institute, which is considered by some to be the intellectual arm of the neo-Confederate movement.

Next post: Virginia Flaggers Bring Heritage of Hate to Lexington

Previous post: “A Soul Too White Ever To Have Killed A Man”