“There Were NO Racial Problems in the South”

This is part of my ongoing research on the origins and evolution of the myth of the black Confederate soldier. It can be incredibly draining having to read these posts day in an day out. And yes, I have no doubt that these people believe every word of what they share on these sites. 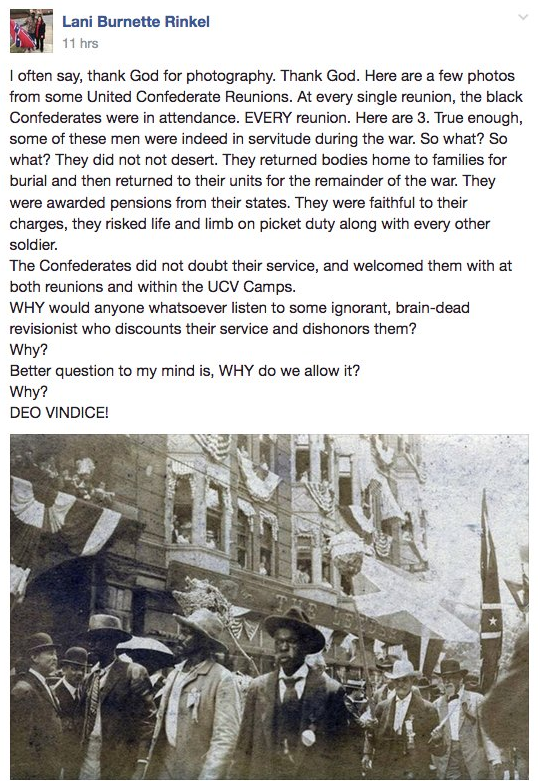 There is a certain truth to all of this, but if you don’t analyze the evidence in the context of the master-slave relationship and the Confederate army’s shifting policies regarding free and enslaved blacks, than all you have is mush.

And then you have the comments. 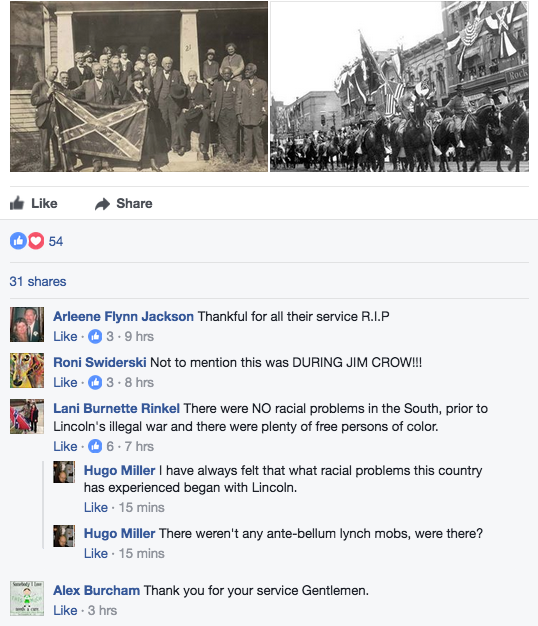 If I ever write another book its subject will need to be as far removed from this one as possible. At times this project is just downright depressing.

Next post: Did Confederate Camp Slaves Kill Their Own?