The Work that Confederate Monuments Continue To Do

One of the most common questions that I received from reporters this past two weeks was why so many Confederate monuments were dedicated within such a short period of time (1890-1930). It’s a complex question and there is no simple answer when you dive into the history of these monuments, but at some point you will come across the issue of race and white supremacy.

Eric Etheridge just published a post in which he discusses the dedication of Lexington, Mississippi’s monument in 1908. Wiley N. Nash, a Confederate veteran and lawyer, who served in the state legislature and as the state’s attorney general. 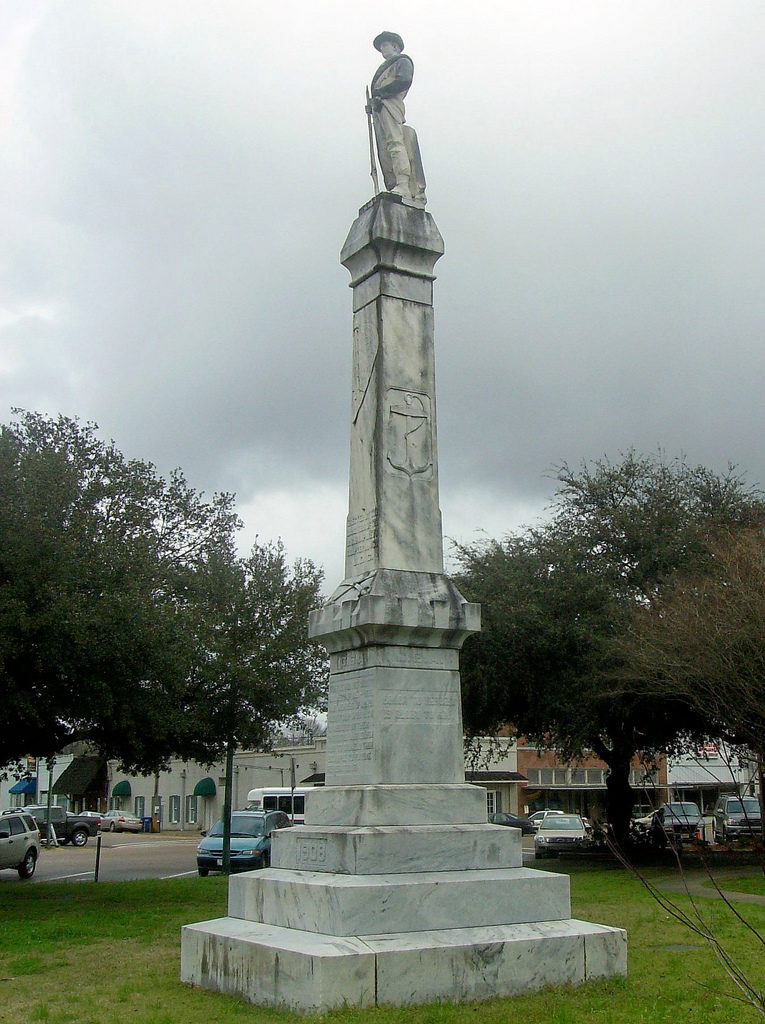 What purpose did the monument serve? What work was it erected to perform? Nash explains:

It may be asked, “What good purpose is subserved, promoted and supported by the erection of these Confederate memorials all over the South?” I answer:

(1) Besides honoring the South, the Southern cause, its supporters and brave defenders, the living and the dead, it will keep in heart and spirit the South, and her people for all time to come.

(2) It will keep honored and honorable, as the years roll on, the name and fame of the fathers and forefathers of our present and future dominant and ruling Southern Anglo-Saxon element, those who, “come weal, come woe,” are to mould, shape, fix, dictate, and control the destiny of the South and her people.

(3) It will educate each rising generation, each influx of immigration in our customs, traditions, thought and feeling, as well as in the esteem, love and admiration of the Southern people.

(4) It will help all others to form a correct idea of, a respect for our civil, religious, social and educational institutions.

(5) It will help to a true understanding of home rule and local self-government, contending for which the South lost so many of her best and bravest.

(6) It will serve to keep the white people of the South united — a thing so necessary — to keep, protect, preserve and transmit, our true Southern social system, our cherished Southern civilization, —

“And Dixie’s sons shall stand together,
Mid sunshine and in stormy weather,
Through lightning flashes and mountains sever,
Count on the ‘Solid South’ forever.”

(7) Like the watch fires kindled along the coast of Greece that leaped in ruddy joy to tell that Troy had fallen, so these Confederate monuments, these sacred memorials, tell in silent but potent language, that the white people of the South shall rule and govern the Southern states forever.

(8) They will tell to Sovereign States from the Atlantic, where raged the fight that made us free, to the calm and placid waters of the Pacific, to States, if made from the isles of the sea, how sacred and how dear are the reserved rights of the States, reserved in the language of the Constitution to the States, or to the people.

(9) They will teach the South through all the ages to love the Southern Cause, her Southern soldier boys.

There is nothing surprising in what Nash said that day for those of us who have taken the time to read dedication addresses and other primary sources. Sometimes it’s best to let historical figures like Nash speak to us directly as they did in 1861 when explaining why secession was justified.

Even within a Lost Cause framework, white southerners never tried to hide sentiments like those expressed above. We would do well to listen as this national discussion continues.