I am a huge fan of John Carpenter’s Halloween series. It has become a sort of tradition for me every October to watch each film multiple times leading up to Halloween night. Yes, the first two in the series are by far the best, but I also enjoy some of the later installments, especially H20, which features the return of Jamie Lee Curtis.

The characters are compelling, especially Dr. Samuel Loomis played by Donald Pleasance, and I just love the way the movie plays with the boundaries between the natural and supernatural realm. So, what is the connection to Civil War memory?

Early on in Halloween IV: The Return of Michael Meyers, Dr. Loomis confronts Michael at a rest stop. Both characters are captured standing in doorways. 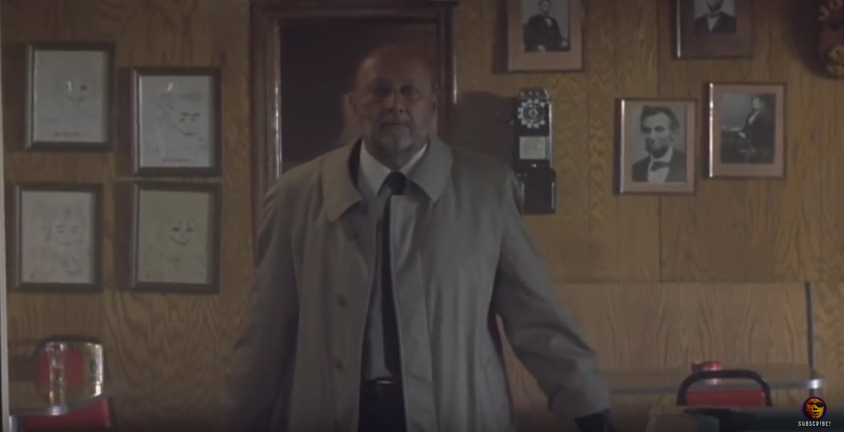 Notice the multiple photographs of Lincoln on the wall to the right. Here is another shot. 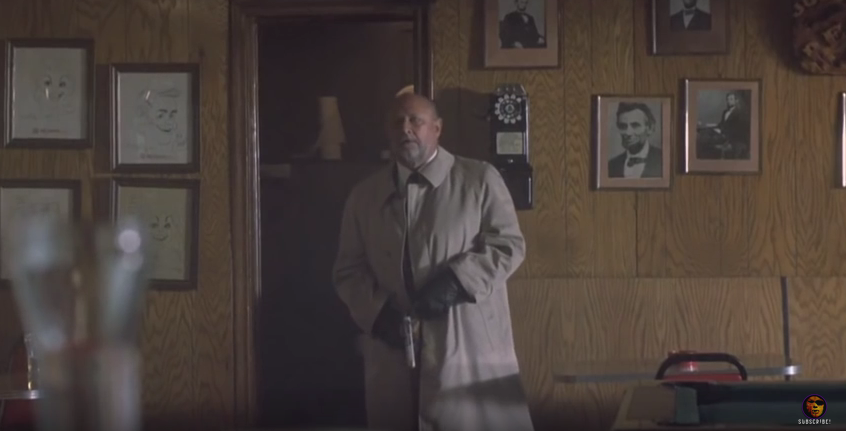 Here is a close-up of Dr. Loomis in the doorway. 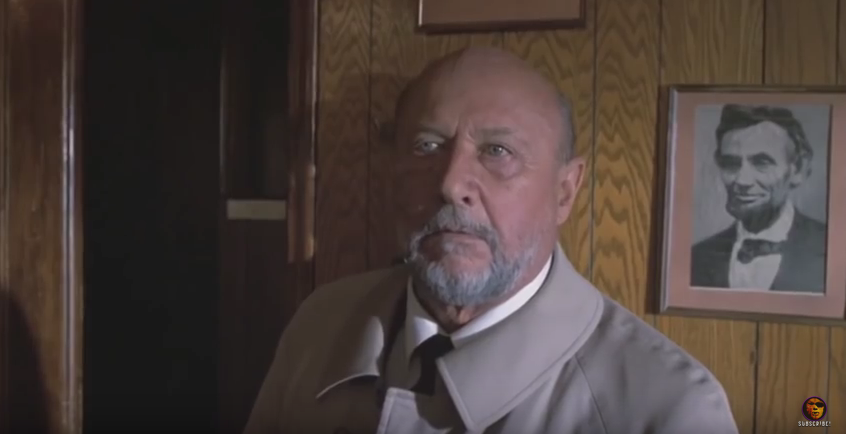 Loomis spots Meyers in the opposite doorway and pleads with him not to continue on to Haddonfield. 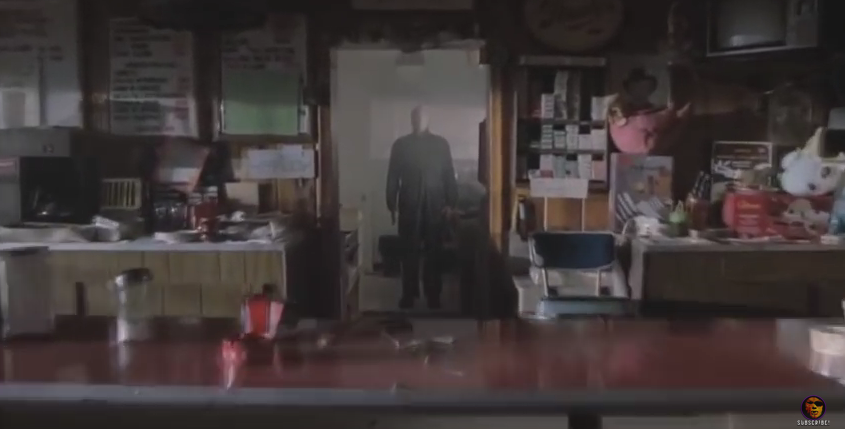 It is to no avail.

I have always wondered about this sequence. What was Carpenter attempting to convey by filming Dr. Loomis next to photographs of Lincoln?