Today I woke up to learn that historian Phillip Thomas Tucker is slated to publish a book on black Confederate soldiers next month with America Through Time publishing, a division of Arcadia and The History Press. This is any author’s worst nightmare. Here I spent years trying to complete a book manuscript on the subject only to be beaten to the punch by another author. Well, having read the book description I am not too concerned.

In fact, from the looks of it this book will run roughshod over crucial distinctions that are essential to tracking Confederate policy related to the utilization and eventual recruitment of African American by the army.

This ground-breaking book takes an insightful and close “New Look” at one of the most fascinating subjects of the Civil War–the long-overlooked battlefield contributions of the most forgotten fighting men of the Civil War, Black Confederates. With the release of the popular 1989 film Glory, the American public first learned about the heroism of the black troops of the 54th Massachusetts Volunteer Infantry and their courageous assault on Fort Wagner, South Carolina, in July 1863. But what the American public failed to learn in viewing this popular film was the equally compelling saga of Black Confederates, including at least one defender, a free black soldier of the 1st South Carolina Artillery who defended Fort Wagner in July 1863.

Significantly, large numbers of Black Confederates, slave and free, had already been fighting on battlefields across the South for more than two years before the famous assault of the 54th Massachusetts on Fort Wagner, including the war’s first major battle at Bull Run. Although the vast of majority blacks served the Confederacy in menial and support roles, Black Confederates, free and slave, fought from 1861 to 1865 in regiments (infantry, cavalry, and artillery) that represented every Southern state.

This doesn’t bode well for a careful study, but this is not my main concern. It’s the cover art. Once again, Silas Chandler is used to demonstrate the existence of black soldiers in the Confederate ranks. It’s one thing when this is done by neo-Confederates, but the author holds a Ph.D in history and has a long track record of Civil War books. 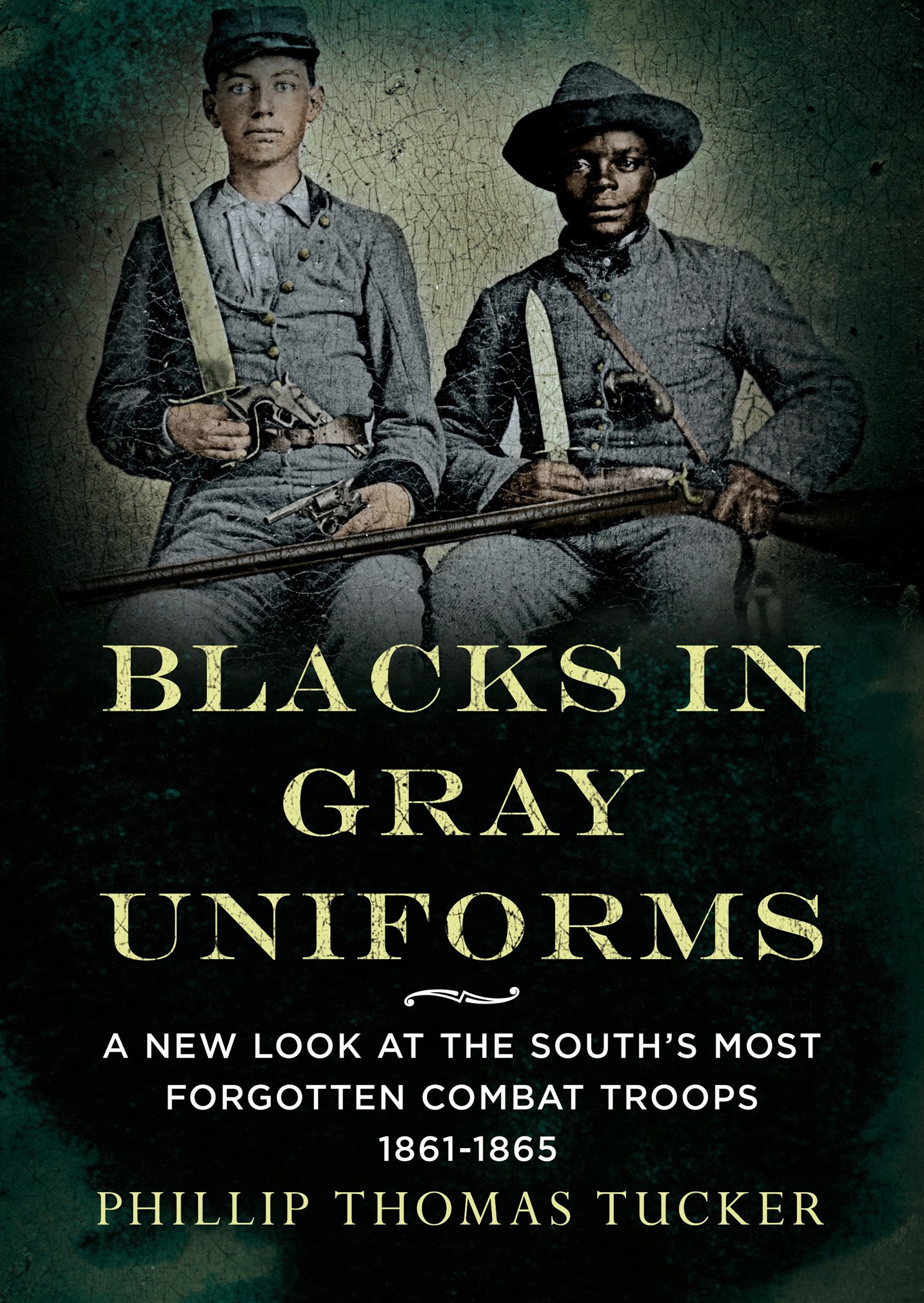 I plan on using this image for the cover art of my own forthcoming study, but I would never use it in a way that blatantly ignores the facts. As I have demonstrated more than once – in print and on this blog – Silas was not a soldier or a ‘forgotten combat’ soldier. He was a slave from the beginning of the war until the very end when the unit he was attached to was disbanded in Georgia while escorting Jefferson Davis south following the fall of Richmond.

There is very good reason to believe that the weapons in the photograph above were studio props and I suspect that the uniform may have been as well.

It is certainly a compelling image, but authors and publishers have a responsibility to use it wisely if they expect to be taken seriously.