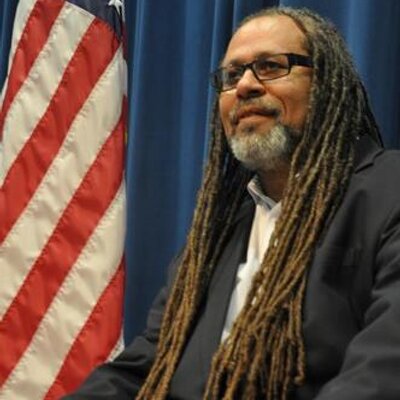 While overseas last week I learned of the untimely passing of Hari Jones. Hari is best known for his work with the African American Civil War Freedom Foundation and Museum in Washington, D.C. You have likely seen him on any number of C-SPAN recordings and other videos about the Civil War. He was a tireless advocate of the USCT story and he will be greatly missed.

I first met Hari back in 2009 during the research phase for my book on the history and memory of the battle of the Crater. I interviewed a number of African Americans about what they had learned about the USCT story growing up, including Hari. I fondly remember our walk through the Shaw neighborhood of D.C. where he worked at the time and where he believed the story of the USCT must play a vital role in its revitalization.

That was the thing about Hari. It was never just about history. He constantly returned to the point that for a neighborhood to thrive and maintain a sense of its own identity that it must have an understanding of its past.This approach meant that you never quite knew whether you were going to hear a straightforward lecture about history or something approaching a sermon about the importance and vital role of historical memory.

In 2012 I chaired a panel with Hari at a conference in Gettysburg. Afterwards we walked a bit on the battlefield together. I remember him as an incredibly kind and generous man. We didn’t always agree on how to interpret the Civil War, but I always managed to learn something from considering his unique perspective on the past.

I don’t know whether people realize what a huge loss this is for the public history field in D.C. and within the broader Civil War community. Hari did the tough work of engaging the public around some of the most difficult questions related to the Civil War. His career is a reminder that none of the changes we’ve seen in recent years, related to how the war is commemorated and understood, would be possible without the hard work and sacrifice of individuals like Hari.

Next post: Leave the Confederate Monument Debate to the Third Graders