The Legacy of Silas and Lucy Chandler

The loyal slave/black Confederate narrative is an insidious myth. As I argue in Searching for Black Confederates, it reduces African Americans to caricatures and has long treated them as a means to an end in the development and reinforcement of a Lost Cause narrative that for a long time helped to maintain legal segregation and a culture of white supremacy. The stories of individual body servants or camp slaves mattered little beyond what would reinforce the racial assumptions of a population trying to make sense of overwhelming defeat, the end of slavery, and a commitment to re-establishing white supremacy.

The Lost Cause narrative offers very little insight into the lives of former camp slaves like Silas Chandler [featured on the cover of the book] and his wife Lucy, who survived slavery and a war that if successful would have kept them enslaved indefinitely. We learn nothing about the challenges, triumphs and the joys they experienced as free men and women. 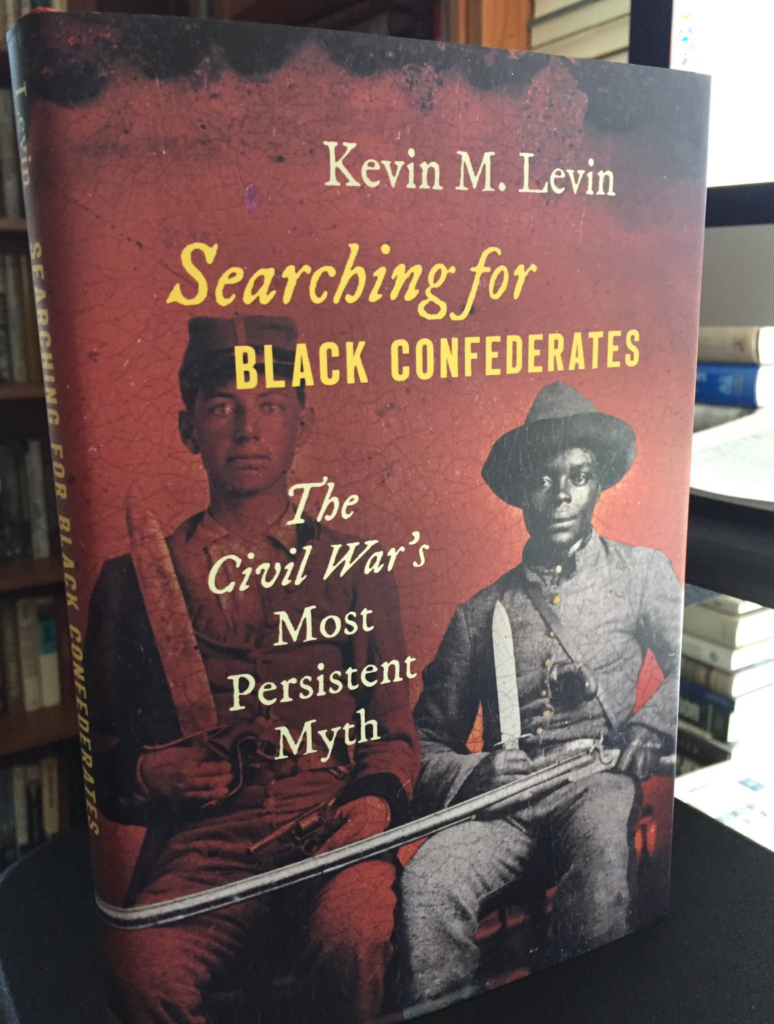 What we do know is that their lives after the war undercut every assumption of the slaveholding class that justified their bondage. Silas and Lucy remained in West Point, Mississippi after the war and even owned land. As a trained carpenter Silas helped to construct an African-American church as well as a number of prominent public buildings.

They raised a family beginning with their first child who was born in the middle of the war while Silas accompanied Andrew Chandler and later his brother Benjamin until the final days of the war.

Their children went on to successful careers as doctors and educators and leaders of their respective communities.

This post was prompted by a twitter thread from the current resident of a D.C. home that was once owned by one of the grandchildren of Silas and Lucy Chandler.

Silas’s grandson, William B. Chandler, was born in West Point, MS in 1891. William and his wife Regina bought what is now my home in 1923. He was a clerk at the Interior Dept. pic.twitter.com/1XyFm1BM6D

But Regina lived another 60 years, and it was quite a life. She was a pillar of the community, owner of a beauty salon in the rowhouse next door (which she operated until she was about 90), and astute real estate investor. pic.twitter.com/t4aIgupIwh

Chandler is in the bottom right corner of this group photo with Bethune. In the other photo, she is at Bethune-Cookman University (I believe presenting a donation to President Richard V. Moore). pic.twitter.com/oHUZDuBGAW

About a year ago, I contacted one of Regina Chandler’s grandchildren on Facebook and we met for lunch. She is a retired DCPS educator and generously shared some old photos and stories with me (including the Silas Chandler connection and magazine pictured in the first tweet).

These are the stories that are overshadowed and pushed further away from our collective memory every time someone makes a claim about loyal slaves and black Confederate soldiers.

This is the legacy of Silas and Lucy Chandler.