One of the most remarkable things taking place on Richmond’s Monument Avenue is the way black Richmonders have appropriated the space around the Robert E. Lee monument. I was not surprised by the tagging of the monuments or even the removal of the Jefferson Davis statue, but the wide range of activities taking place at the Lee Circle is unprecedented.

The sight of so many black Richmonders taking ownership of this particular space served as the catalyst for my latest op-ed at The Atlantic, which appeared this week. I wanted to understand this latest development within a broader historical context. It didn’t take me long to find the real estate ads in The Times-Dispatch of Richmond announcing the sale of lots in the city’s West End neighoborhood at the beginning of the twentieth century. Reviewing the ads you can see how the monuments were used to lay out a new neighborhood that was available to whites only as a result of restrictive covenants and other city ordinances.

Unfortunately, these ads did not appear along with the op-ed so I am including them here for your reference. In this first ad you can see the lots for sale along with the location of the Lee, Davis, and Stuart monuments marked. 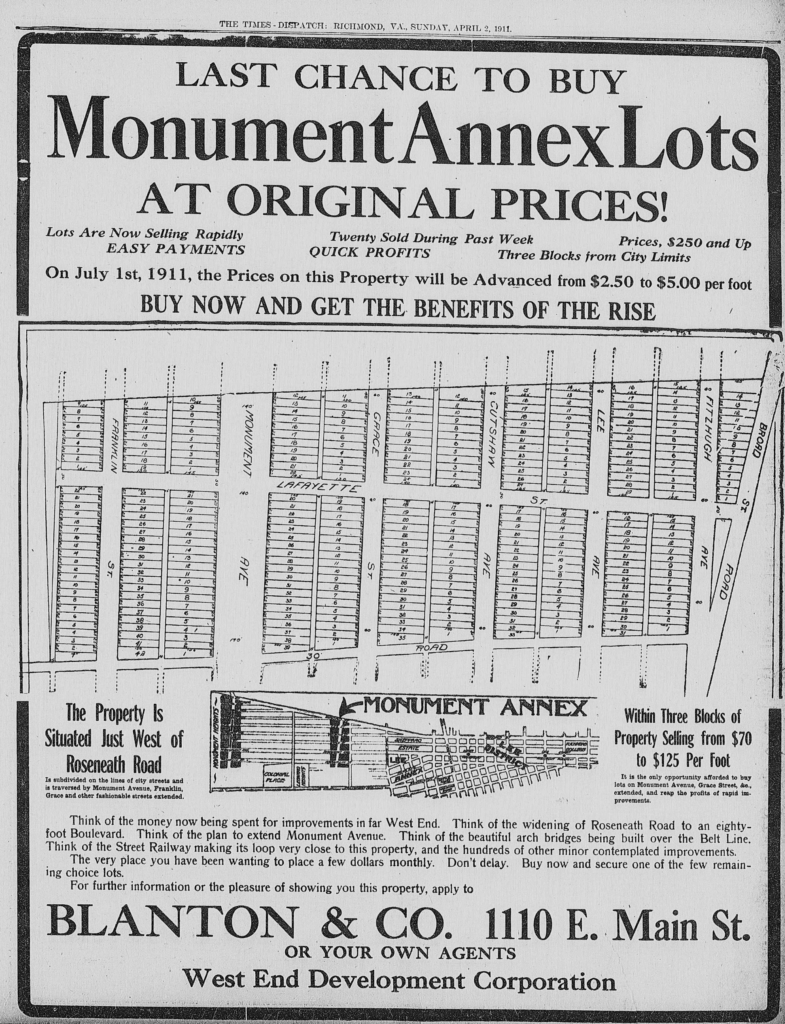 Here is a wonderful example of how the proposal for future Confederate monuments helped to promote the sale of lots in this neighborhood. 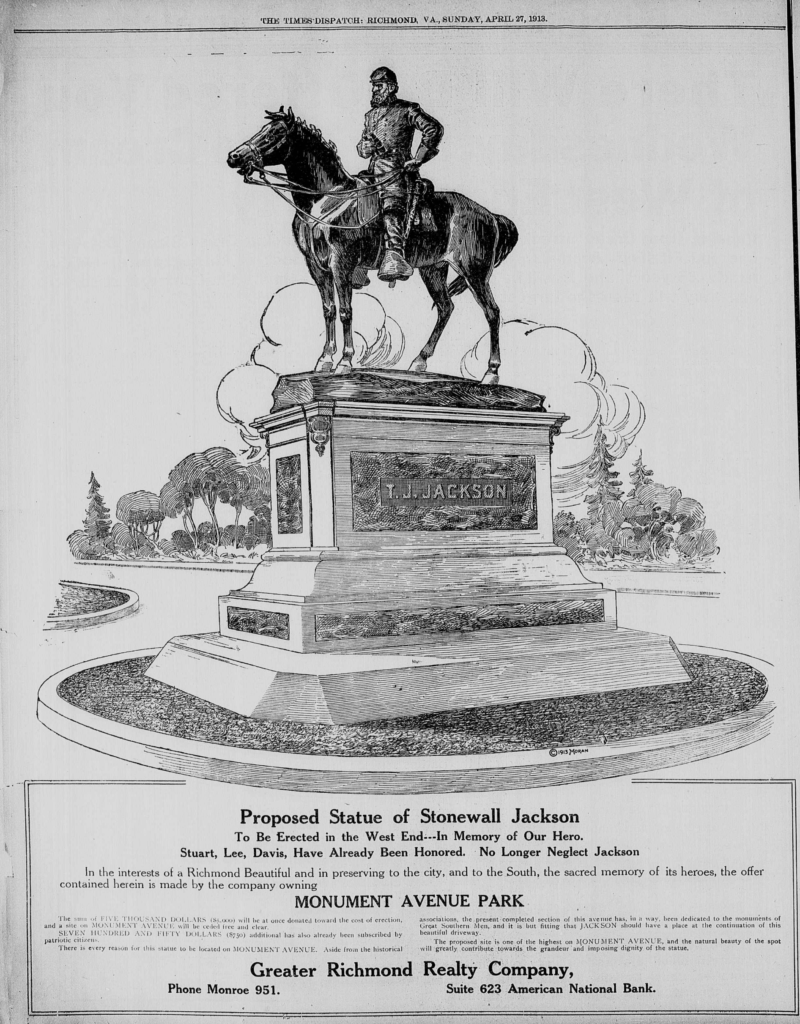 Finally, here is an example of the restrictive covenants that were attached to this neighborhood that limited sales to white families. 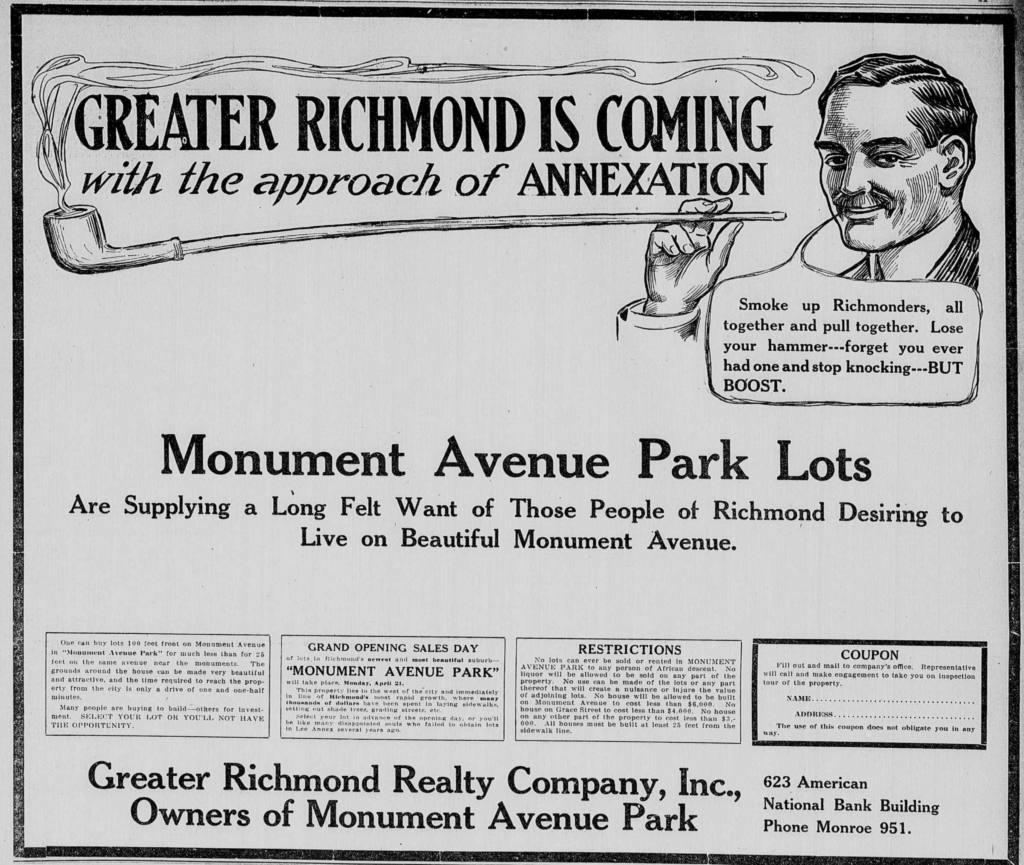 “No lots can ever be sold or rented in MONUMENT AVENUE PARK to any person of African descent.”

Lets hope that once the monuments are removed that all Richmonders have an opportunity to transform these public spaces in a way that reflects the city’s collective values and where everyone feels welcome.

Next post: Confederate Monuments Are Coming Down With No End In Sight