Desertion and Coercion in a Confederate Company

The overarching question that is driving my book project about Captain John Christopher Winsmith is why a diehard Confederate officer from Spartanburg, South Carolina joined the Republican Party after the war and eventually advocated for Black civil rights. As I mentioned in a previous post, it is not just Christopher who made this transition, but his father as well.

Of course, there are plenty of topics to explore related to his military career in Company H of the First South Carolina regiment. A strong sense of Confederate nationalism pervades the letter right through to his wounding at Fort Harrison in September 1864. Christopher was also accompanied by numerous body servants or camp slaves while with the army. [This is something that I should have explored in much more detail in Searching for Black Confederates.]

That said, it is his relationship with his father during the war that fascinates me. They corresponded regularly and formed almost a partnership of sorts. John Winsmith, Sr. was very likely involved in the formation of his son’s company in the spring of 1862. He also attempted and failed in using his political clout as a state legislator to secure a promotion for Christopher.

It is unfortunate that the father’s letters do not survive, but it is possible to reconstruct some of their correspondence based on Christopher’s letters alone.

One of the most important thing about this father-son partnership is the way they both worked to curb desertion in Christopher’s unit. His letters are filled with the names of men who deserted at some point during the war. Many of these names can be found in multiple letters. The father role was to round these men up and send them back to the army. I have little doubt that he took whatever steps necessary to publicize individual names to exert sufficient pressure to force them back.

I plan on mapping all the names referenced in these letters to see where they lived in proximity to the Winsmith family.

Christopher believed that every soldier had the obligation to do his part for the Confederate cause. He was convinced that if everyone did his duty the Confederacy would achieve its independence. A strong sense of nationalism, hatred of the Yankees, and fear of emancipation underlay Christopher’s commitment to the Confederacy, but the letters make it clear that what maintained discipline was COERCION. 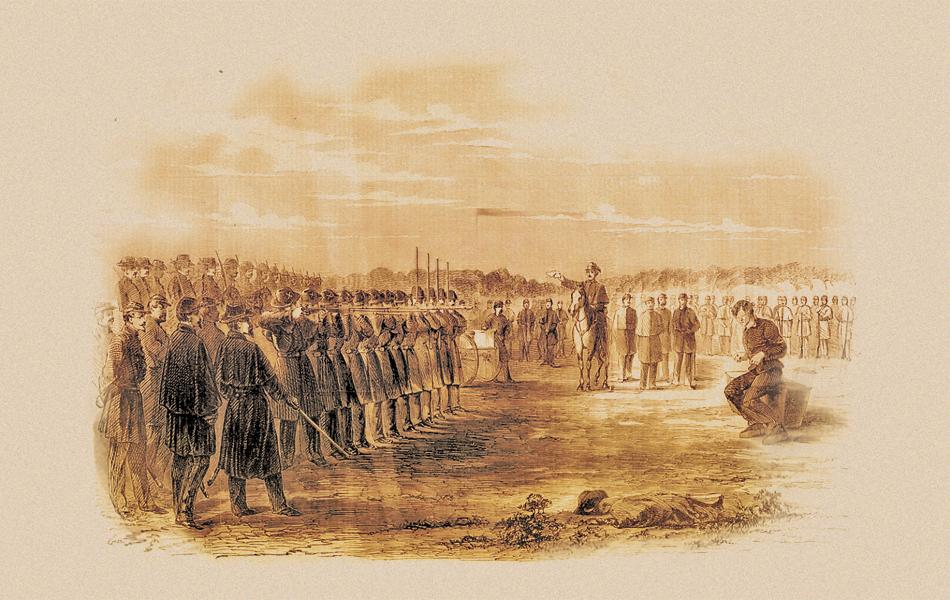 Christopher makes no attempt to understand the complicated reasons for desertion, even among those individuals that he likely had some contact with before the war. He supported harsh punishments for these men, including execution as late as September 1864.

I would be interested to know whether the father-son team described above as a means to curb desertion was common among junior officers.

Christopher’s efforts in this regard point to the extent to which junior officers functioned to manage the men in his unit and their relationship with the home front. Attempting to control desertion represented one way in which the success of his company depended on balancing the needs of families and the level of sacrifice and discipline that Christopher expected of the men under his command.

Next post: A Conversation with Hilary Green about Confederate Monuments