It’s been a tough summer to be a Virginia Flagger or to have any association with a Confederate heritage organization. Since the beginning of June roughly seventy-six Confederate monuments have been removed, including some of the most iconic monuments in Richmond, Virginia. The eventual removal of the Robert E. Lee memorial will leave Arthur Ashe as the only representative of Richmond’s history on Monument Avenue.

The Virginia Flaggers have experienced one defeat after another, but they are not going to go down without a fight. On Saturday while residents of Albemarle County and the city of Charlottesville, Virginia gathered to remove a Confederate soldier statue from Court House Square, the Flaggers protested NASCAR in Richmond with a flyover. 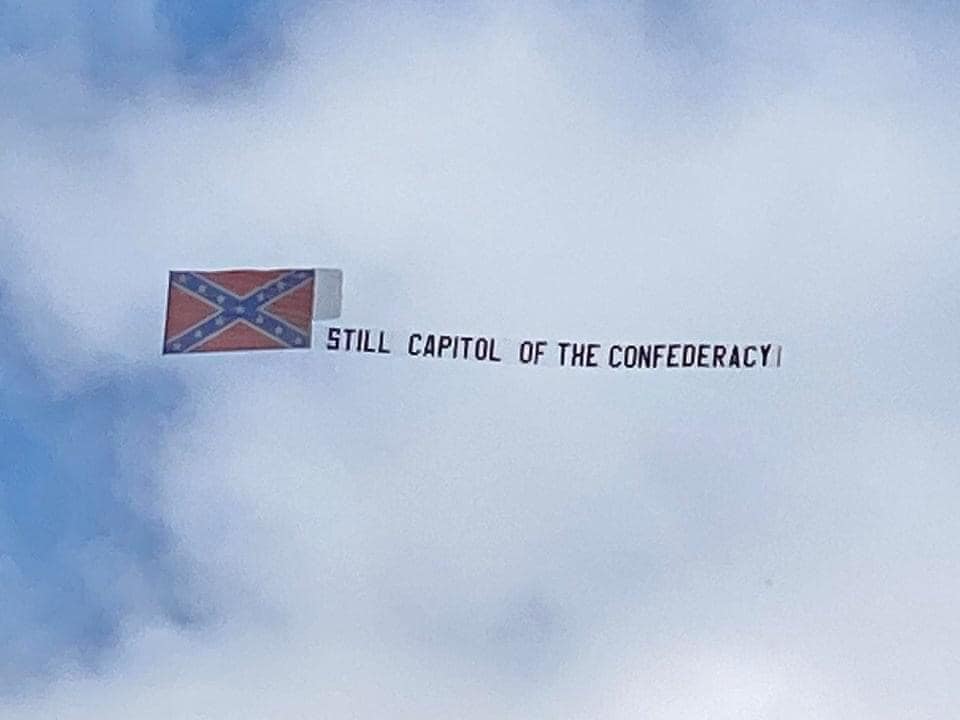 This should read, “Still Capital of the Confederacy.” This is not the first time that the Flaggers have had problems with the English language. Back in 2015 they misspelled the word “heroes” as part of a protest of an event that took place on Monument Avenue in Richmond. They tried to correct for their error by posting a Photoshopped image on their website.

They will always have Stonewall Jackson Memorial Cemetery in Lexington, Virginia. Wait, that’s been renamed as well.

You almost want to feel sorry for these people.

Leave a Reply to paineiteCancel reply

Previous post: A Conversation with Hilary Green about Confederate Monuments