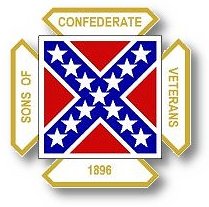 Previous post: Sons of Confederate Veterans Forced to the Back of the Bus