“The Friends of Forrest” Includes The Virginia Flaggers

I have absolutely no problem with the Virginia Flaggers voicing their position at the recent hearing in Charlottesville, Virginia over whether Lee-Jackson Day ought to be continued. However, I do believe that the residents of my former home deserve full disclosure. They ought to know who is coming in from outside the community to shape public policy. They ought to know who is threatening them with the raising of Confederate flags on private property in retaliation.

The Virginia Flaggers, including Susan Hathaway, ought to be honest about the people they freely associate with.

Over the weekend I shared a story about a billboard that was placed near the Edmund Pettus Bridge by a group calling itself “The Friends of Forrest.” The story about the billboard and the organization has received a good deal of attention over the past few days. The Guardian even sent a reporter to interview Godwin and other members and is definitely worth your time if you can stomach it.

So, what is Godwin’s connection to Hathaway and the Virginia Flaggers? 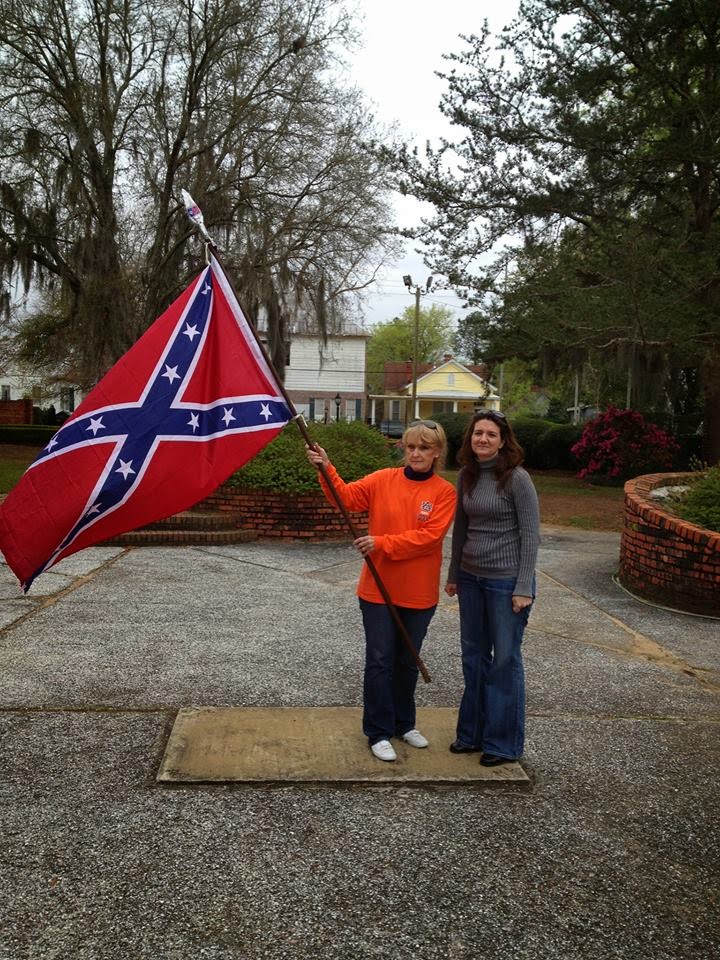 Pat Godwin and Susan Hathaway of the Virginia Flaggers

Back in 2013 Hathaway expressed her support for Godwin and the group on social media. Hathaway’s support for the group was in connection with its efforts to maintain and improve a monument to Nathan Bedford Forrest in Selma’s Live Oak Cemetery. Hathaway even traveled to meet with Godwin and posed for the photograph above which can be found here.

You make the call. What I will suggest is that every public demonstration and every flag raising ceremony organized by Hathaway and the Virginia Flaggers has this baggage attached to it. That is, unless Hathaway is willing to explain her relationship with Godwin and the group. Communities throughout Virginia deserve to know just what “Restore the Honor” means.