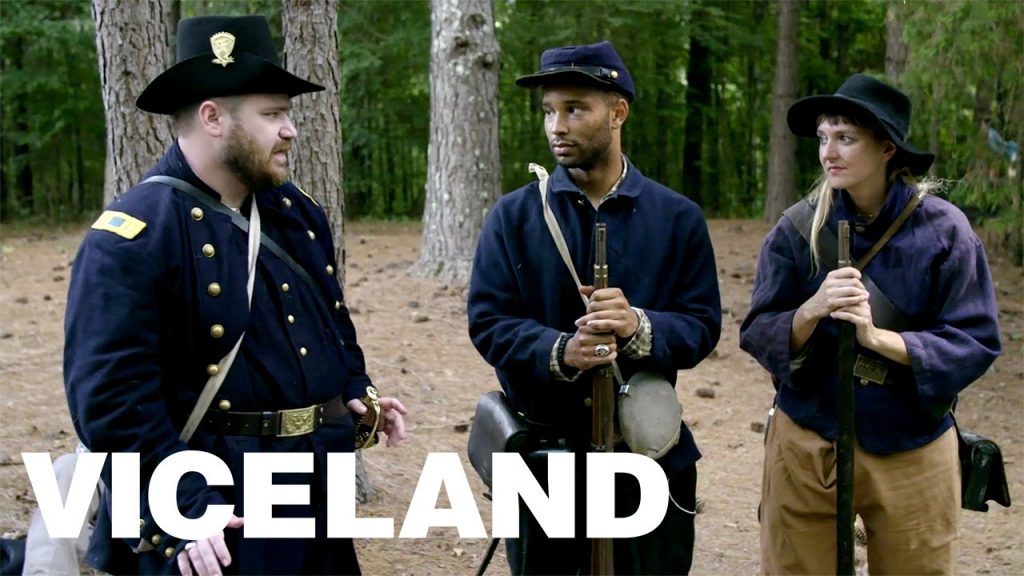 Last week I shared a segment of Vice Does America that focused on the interaction between a young black man and a Confederate reenactor in Jacksonville, Alabama. The reenactor questioned Wilbert Cooper as to why he chose not to suit up and join a Confederate unit based on his belief that blacks fought in integrated Confederate regiments.

Today Cooper shared his thoughts about this interaction and the rest of his trip across the country.

I thought a lot about the real and imagined history of slavery on my trip across the country. Time and time again, I came across distorted takes on its practice and ramifications, which have lead me to feel that even though more than 150 years have elapsed since the Civil War, the rot at the core of the American experiment remains. What distraught me the most was this sort of hate-filled nostalgia people I met seemed to have. They fetishised bygone eras that were defined by the brutalisation and subjugation of my ancestors…

As weird as my interaction with [Cliven] Bundy was, the greatest reverence for the days of the antebellum South that I encountered on my trip had to be in Jacksonville, Alabama. Towards the end of our journey, the producers dropped us in the middle of a Civil War reenactment with the promise that the attendees were merely history buffs. As we marched up the hill to where the Civil War camp and battles were to take place, we could see all the hallmarks of the Old South, with bold Confederate battle flags fluttering in the air.

I had a sneaking suspicion things would get ugly, but I tried to put my best foot forward. I donned a hotter-than-hell wool costume so I could look the part of a Union soldier and hopped around in military formations, shooting off caps in the direction of Confederate cosplayers. But every time there was a lull in the action, I heard people saying off-the-wall shit—that slavery wasn’t that bad for blacks, that enslaved blacks weren’t brutalised, that enslaved blacks loved the Confederacy so much they fought for it in the South’s “integrated” military… When I heard this last bit, I knew we had to get out of there. The producers had wanted us to spend the night at the reenactment camp, but there was no way I was sleeping in a place where people legitimately believed that a large number of enslaved blacks wilfully supported their own bondage. The idea was even more reprehensible than what I’d heard from Bundy.

Statements like that made these people seem eager to legitimise America’s horrible history of white supremacy. I was amazed at how much these people pointed to that past as something to aspire to, something to return to. And they had had spent thousands of dollars on costumes and gear to get as close as they could to actually going back in time. It was just too much for me.

Again and again on our trip, I saw white Americans yearn for a time that had long since passed—a time that, often, they seemed to barely understand. It was only after the trip was over that I realised that it was the gulf between these backward-looking fantasies and this modern moment that has made America such an ugly and angry place to be recently, especially on the campaign trail.

You can read the rest of the post here.