One thing that was clear after walking through the historic district of Savannah and that is the city does not ooze Lost Cause symbolism. Perhaps this should come as no surprise given that the city surrendered to the Union army without much of a fight in December 1864.

The city boasts one significant Confederate monument in beautiful Forsyth Park. The monument has an interesting backstory. Organizers insisted that the stone must not originate or pass through a northern state on its way to the city. There were also two dedications after the first design completed in 1876 came under scrutiny. 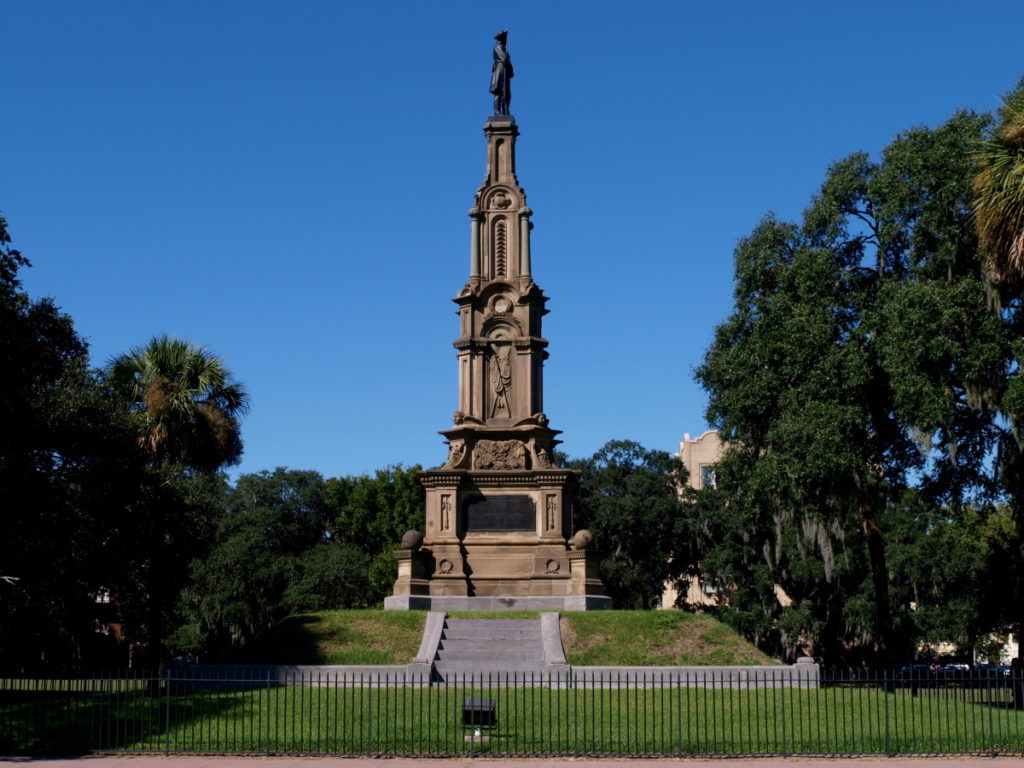 I doubt that we will hear much fuss about this particular monument, but if we do the thoughts of General McLaws may find a friendly audience. In 1895, McLaws shared the following with the Confederate Veterans Association of Savannah:

For the honor of the Southern country, of the descendants of the soldiers of Lee, let us hope that no such choice will be made in any instance.  But, if it is done, let it be ascribed to the fungus growth of that New South which has none of the Old South in it; and when it is done, with full knowledge and without protest, when the day comes, when the honored dead are forgotten and their monuments teach us no lessons let them be taken down, even as the Communists, when they triumphed for the day, in efforts to establish a New France, tore down the monuments illustrative of the past glories of their country, as being not from them or for them.  But let ours be not destroyed, but put away with our tattered banners, to wait for the resurrection.

Despite desperate cries to the contrary, I don’t anticipate a “resurrection” any time soon.

[H/T to Frank O’Reilly and John Hennessy for uncovering and sharing this little gem.]
8 comments… add one