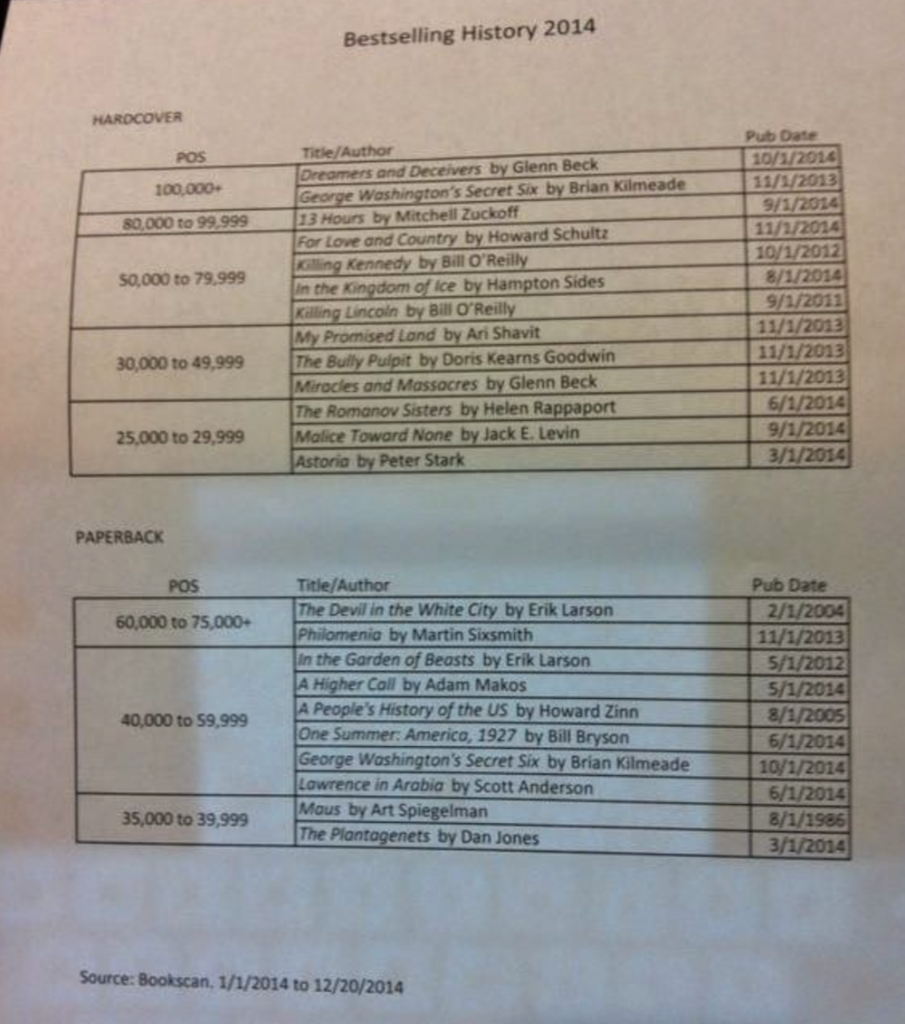 I’ve seen this image floating around over the past few days on various social media channels after it was featured during an American Historical Association Session this past weekend in New York City. The session was titled: “Buying and Selling History: Some Perspectives on the Marketplace” and the image was posted by Marla Miller on Twitter.

I can’t say there are any surprises. Here is what I see.

Next post: A View of Emancipation From South of the Border