Neo-Confederates and others love to trot out the Black Confederate myth during Black History Month as a means to promote their twisted idea of diversity. Of course, it has nothing to do with diversity or history and everything to do with the continued attempt to drive a wedge between the Confederacy and slavery and protect the “honor” of the common soldier.

This year has been no different. Yesterday a man identified as John Carlo addressed a school board meeting in Clark County, Nevada. His goal was to highlight the importance of Black History Month by encouraging teachers to acknowledge the history of Black Confederates. Here is his testimony.

Hulk Lawyer sounds close to Holt Collier. The latter is often referenced as a Black Confederate soldier. He was not. Collier was a body servant or what I refer to in SEARCHING FOR BLACK CONFEDERATES as a camp slave. #BlackHistoryMonth meets the neo-Confederacy/Lost Cause. https://t.co/f8iR9mvlKo

After watching it a couple times I realized that the individual Mr. Carlo was likely attempting to reference is Holt Collier, who went off to war with Tom Hinds as his body servant. Unfortunately, Holt Collier gets us no closer to a Black Confederate than Hulk Lawyer, though it made for a good laugh.

The historical record is very clear as to Collier’s status in the Confederate army. Here is his pension application. You will notice that is specifically intended for former “servants.” 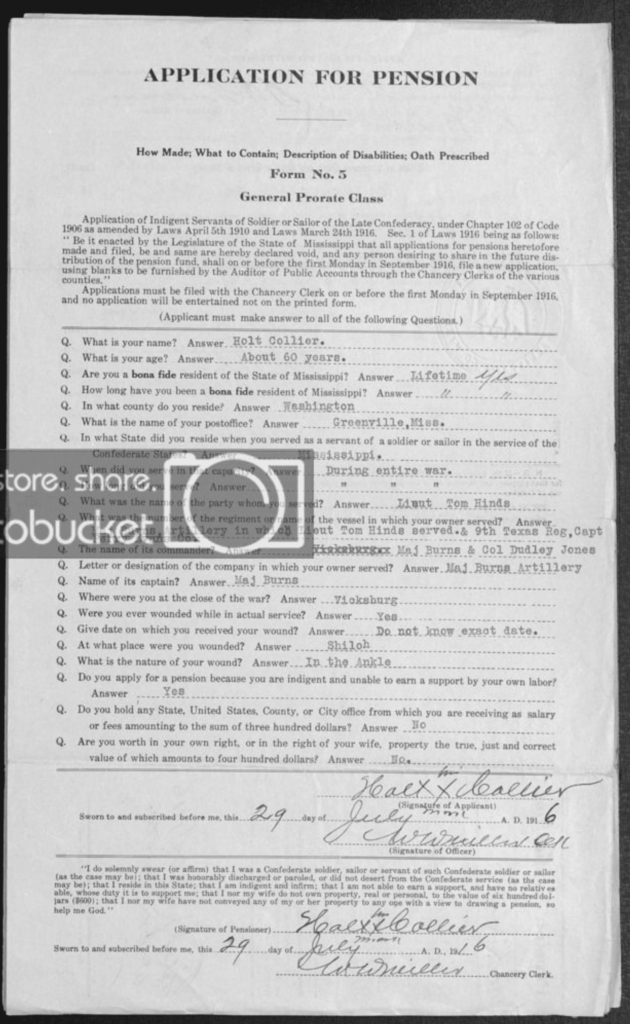 The video briefly trended on twitter yesterday. Viewers had a bit of fun with it by posting pics of The Incredible Hulk.

The entire incident not only highlights the absurd claims made by people about the Confederacy and slavery, it also reflects the circus atmosphere of recent school board meetings and growing attempts in states across the country to censor the teaching of American history.

We still have a lot of work to do.